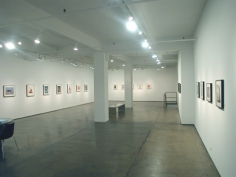 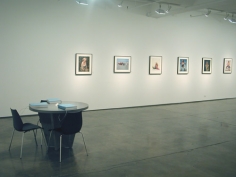 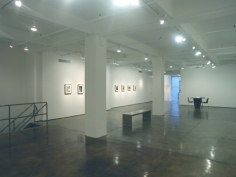 Like the farcical "nudie" sexploitation films that he pioneered with works such as "Faster Pussycat, Kill, Kill!" or "Beneath the Valley of the Ultravixens", and which have a large, almost cult-like following, Russ Meyer's photographs perhaps represent a certain time of playful innocence and an aspect of popular culture that now seem to be lost. Photography was a separate activity from his filmmaking. From images selected by Meyer and curated with the assistance of Julio Dottavio from RM Films International, many of the photographs exhibited are from the late1950's and 1960's and have seldom been seen. Well known for his obsession with large breasted women, Meyer was early to take color pin-up photos for pulp "glamour" and girlie magazines and was among the first and most prolific Playboy centerfold photographers. Just as he became an idiosyncratic, but influential filmmaker, his photographs helped define a genre in the iconography of sexuality.

To say that Russ Meyer makes sex movies is like calling Macy's Thanksgiving Day Parade a public gathering. Hailed as a pioneer of the sexploitation film, Meyer has perfected a style so ludicrously over-the-top that his films seem to satirize sex even as they celebrate it. The director of 23 trash classics, Meyer peoples his lurid soap operas with buxom waitresses, tough motorcycle mamas, wild hitchhiking hippie chicks, obliging handymen, sinister strippers, horny truck drivers, virginal farmers' daughters, muscle-bound ranch hands, voluptuous go-go girls, lascivious nurses, sex-starved preachers; it's a cornucopia of archetypes, and collectively they shout, "Welcome to America, baby!" His characters are sublimely ridiculous, and Meyer knows it.

"I intend my films to play as comedies, because sex is funny," says the 78-year-old director. People take sex much too seriously, and that's where Russ Meyer comes in handy. ...

"...Women are always in control in my films." Meyer says. "By and large the men are the fools." Ebert agrees,"Women aren't the mindless sex objects in Russ's movies--men are..."

He's also surprised to hear that three rock bands have named themselves after his films (Faster Pussycat, Vixen and Mudhoney), and although he's pleased to learn that culture critic Camille Paglia loves his work, he has no idea who she is..."