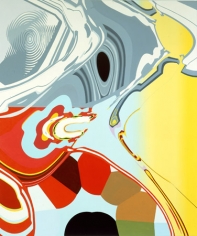 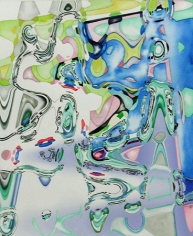 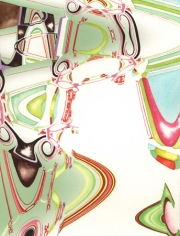 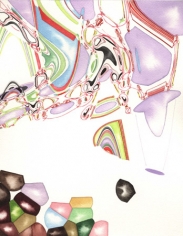 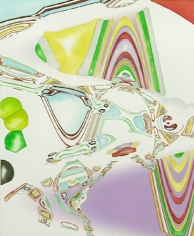 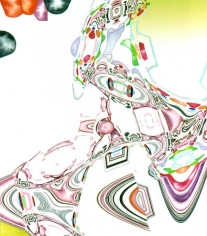 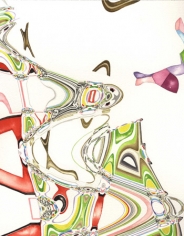 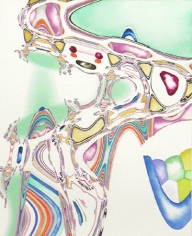 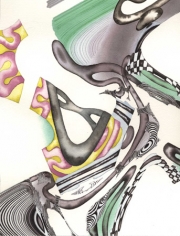 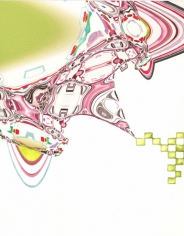 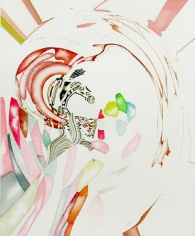 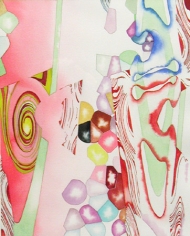 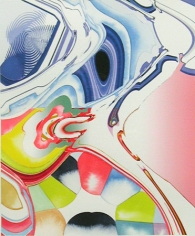 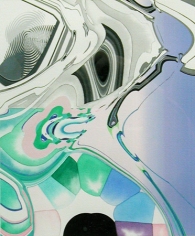 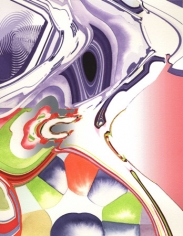 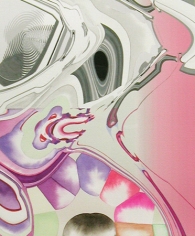 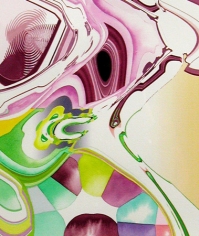 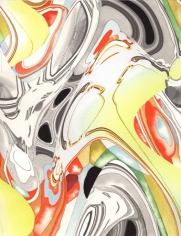 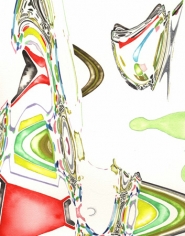 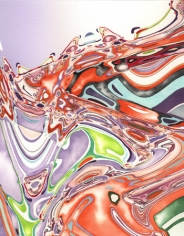 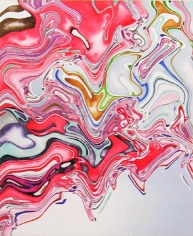 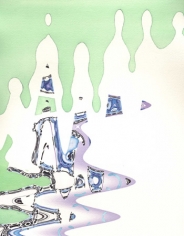 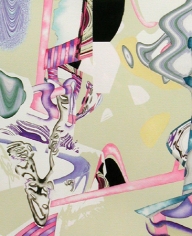 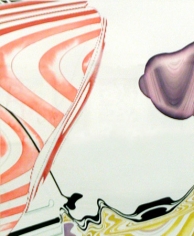 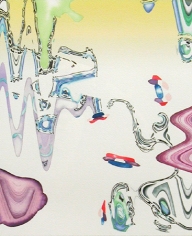 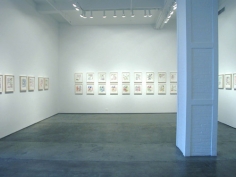 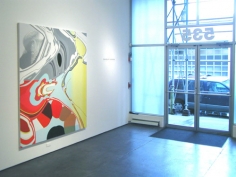 Since the advent of photography, painting's fate has been tied to the development of that media as well as to those of mechanical reproduction. However, new technologies are eroding away what were once considered two clearly defined media. In the past, while both could produce pictures, photography was a chemical process requiring a camera, film, and a light source, whereas painting was a liquid medium applied to a surface. While photography and painting are still intimately entwined, the opposition of their medium and their processes no longer holds true. It is the long-standing dialogue between what can now be referred to as the photographic and what is still referred to as abstract painting that ties together these two exhibitions.

The term "mixed media" as applied to the works in these two exhibitions must be clarified, as it may no longer represent what it once did. In the case of Ms. Kaneda's recent watercolors, they are actually a type of montage, or what might be considered a collage of processes and media, in that these works not only originate in the computer, but also include passages which are digitally printed on to the watercolor paper and, as such, play heavily on the idea that one can cut and paste a computer image. Both in working with the computer to configure her non-objective images and in choosing to include printed imagery, Kaneda investigates the relationships between the "photographic" and the painted or between the unique and the reproducible, as well as how new technologies might be employed to supplement traditional form.

Conversely, the works by the artists represented in Imaging the Abstract review and transform the tradition of abstract photography that began with artists such as Moholy Nagy and Man Ray, and which was an expression of the photographer's desire for the photograph not to be of something, but rather to emulate an abstract painting which is non-objective and a thing in itself. All of the works are the product of alternative processes ranging from the chemical to the digital. In almost all cases no camera has been used, more often than not being replaced by the scanner, while the digital printer has replaced the enlarger. These approaches have also freed artists and photographers alike from the traditional formats and scale of photographic works, further blurring the line between mediums.

It is this expanded and creative use of combining both traditional and new media that further establishes the language of the non-objective and enriches the message of abstraction.