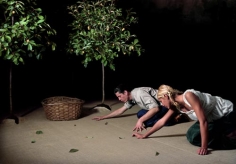 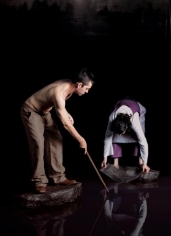 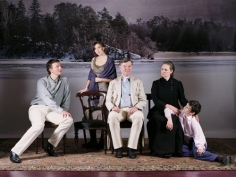 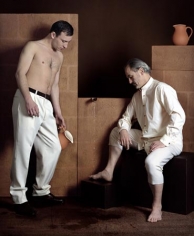 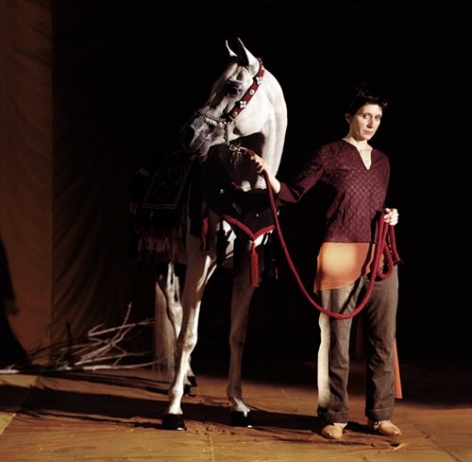 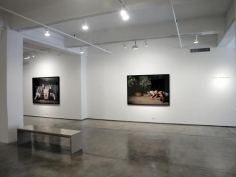 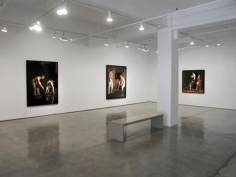 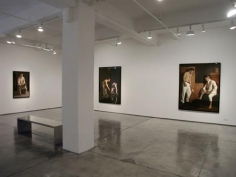 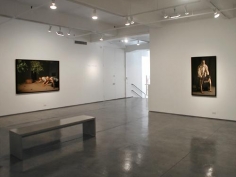 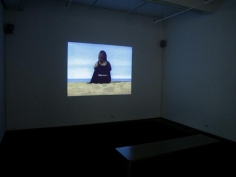 The spotlights are dim in Paul Hodgson's studio, and time flows in reverse. While most photographers' studios are places of floodlit backdrops and the semblance of novelty, Hodgson's is more like the hidden quarters of the medium's unconscious. His photographs excavate earlier imagery from all manner of sources, from unique Old Masters as much as photographs that have been reproduced a thousand times, and put them before us again as if they were fossils. If we recognize something in them, it is because the images are like echo chambers that allow us to hear the past reverberate in the present.

The group portrait Empire directly addresses one of the central themes of Hodgson's new series. In it he returns to the format of the eighteenth century conversation piece, a genre with a sweet informality but always enough formality to mouth unspoken hierarchies and worldly ambitions. He borrows from Watteau a photograph of the family of Victorian writer John Ruskin holidaying by a frozen lake, and, as throughout the series, from Picasso. The theme of Clean the Floor might seem more opaque, but that also examines a union of art and empire, though this one darker: the models' gestures might remind one of the figures in Millet's Gleaners but they might as easily suggest some forced servitude, or images of contemporary brutalities.

Hodgson's new pictures release these precedents reluctantly. That is because recovering the life of the images buried in them is like reading from a fossil: you can be misled. You might think that Woman Leading Arab, an image of a woman grasping the reins of an Arabian horse, rehearses a painting by Picasso, Boy Leading a Horse, in the Metropolitan Museum: you would be right. You might think the foot washing and the urn motif in The Source is a reference to Ingres' infamous nude: you would be wrong. But only in a sense, for it is every bit Paul Hodgson's intention to have us running up blind alleys, of thinking we remember things we don't, of reading art and history backwards and forwards, and of always listening for the new echoes. 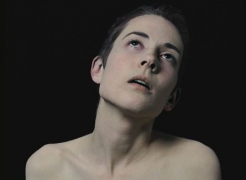