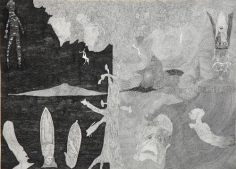 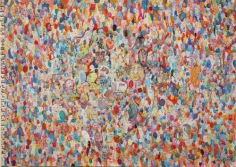 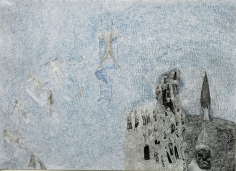 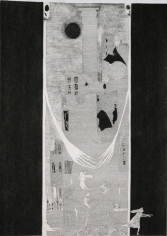 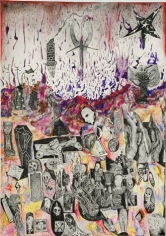 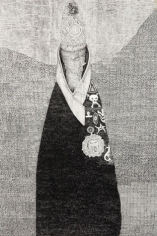 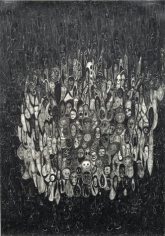 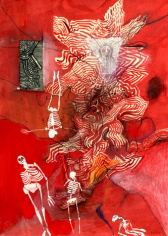 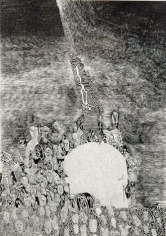 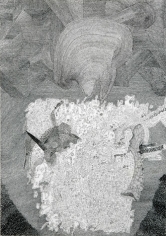 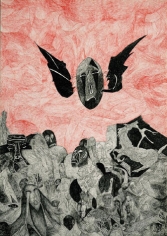 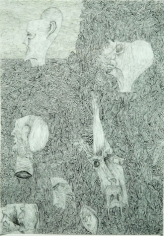 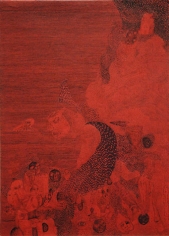 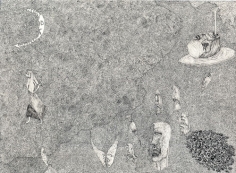 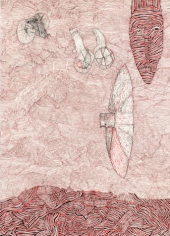 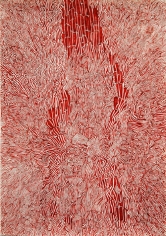 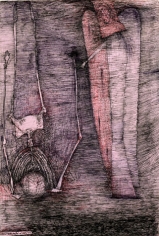 Nick Blinko draws intensely dense and detailed compositions of faces, figures and obsessive patterns, which at times also incorporate fragmented phrases. Diagnosed as suffering from schizophrenia, and in the past hospitalized, Blinko creates his pictures when not taking therapeutic medication that adversely affects his ability to work. His art conjures a nightmarish, anxiety-ridden world where inner demons might be exorcised through repetitive graphic marks. Out of thousands of tiny flecks and dashes emerge elaborate visions of skeletons, mysterious symbols and religious figures. Reminiscent of the macabre images of Goya or James Ensor, Blinko creates a personal iconography that evokes the magic and menace of a rich imagination.

Blinko's artwork is currently included in a major touring show 'Ecriture en Delire'. After traveling from The Collection de l'Art Brut this exhibition will be displayed at the Museum Halle Saint Pierre, Paris, then on to Gand in Belgium, at the Museum Dr Guislain, from November 2006 to May 2007. Other prominent outsider artists featured are Aloise, Carlo, Adolf Wolfli and Henry Darger. His work is represented in The Collection de l'Art Brut, Lausanne and The Outsider Collection and Archive, London

Blinko (b. 1961) lives outside of London and is widely known as lyricist, lead guitarist and vocalist (as well as artist) for the anarcho-punk, band, Rudimentary Peni, which formed in 1977 and last released a CD in 2004. He has also written a fictionalized semi-autobiographical novel with horror elements, entitled The Primal Screamer. Published in 1995, the book is narrated in the form of journal entries from the point of view of a therapist who, in the novel, also fronts a band called Rudimentary Peni