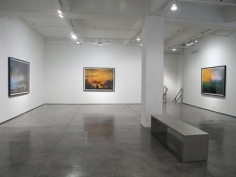 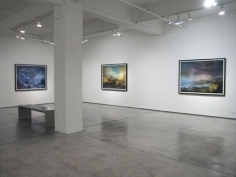 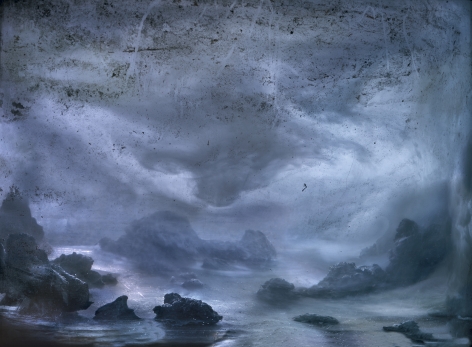 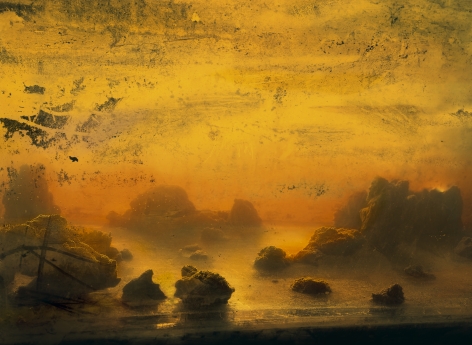 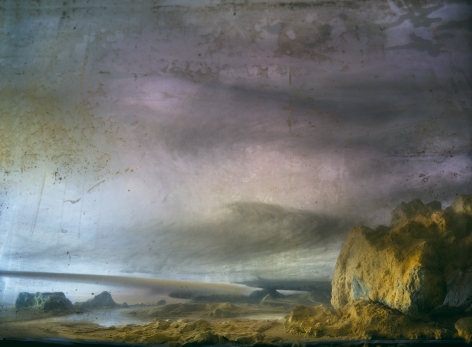 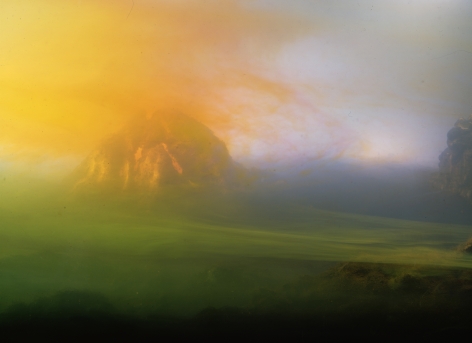 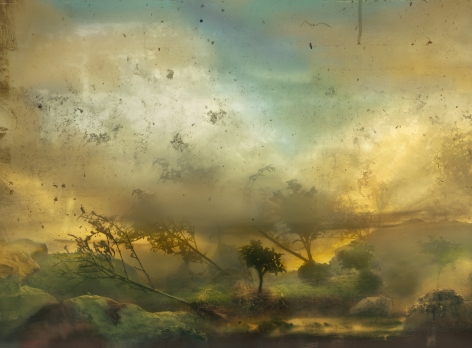 Kim Keever's mysterious and painterly large-scale photographs represent a continuation of the landscape tradition, as well as an evolution of the genre. Referencing the Romanticism of the Hudson River School and 19th-century photography of the American West, they are imbued with a sense of the sublime; however, they also show a subversive side that deliberately acknowledges their contemporary contrivance and conceptual artifice. These images reflect none of the concerns with authenticity for which photography has historically been used; yet, they retain the inherent efficacy and rigor of their medium.

Keever's pictures appear to be of other worlds and times--a primordial past or post-apocalyptic future. A combination of the real and the imaginary, they document places that never were. He creates his panoramic universes and controls their fictitious environments by constructing miniature topographies out of materials such as plaster and reflective Mylar in a 100-gallon aquarium, which is then filled with water. The desolate dream-like dioramas are brought to life with colored lights and the dispersal of pigment, producing ephemeral atmospheres that he must quickly capture with his large-format camera.

Keever's staged scenery is characterized by a psychology of time and timelessness. Simulated meteorological gradations, suspended in vivid hues, map dramatic shifts in mood and trace conditions that move from somber darkness to twilit evanescence to the incandescence of morning.

The symbolic qualities he achieves result from his understanding of the dynamics of landscape, including the manipulation of its effects and the limits of spectacle based on our assumptions of what landscape means to us. Rather than presenting a factual reality, Keever fabricates an illusion to conjure the realms of our imagination.

Kim Keever lives in New York City, and has exhibited extensively in galleries throughout the United States and abroad. 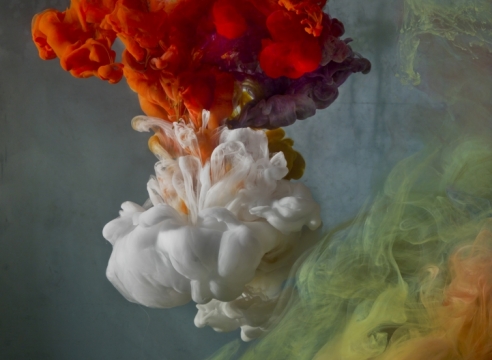