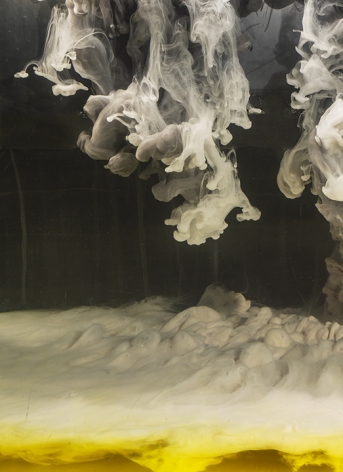 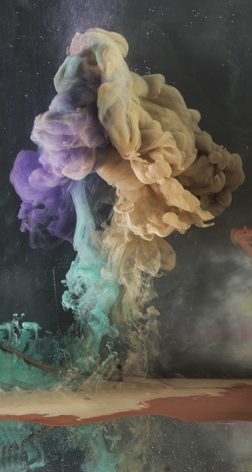 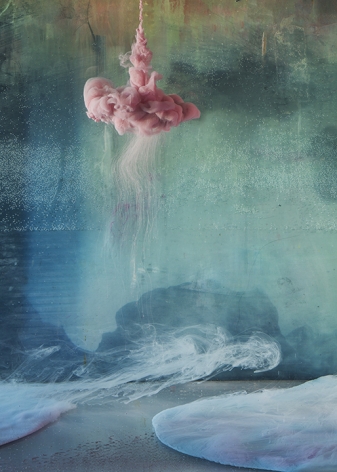 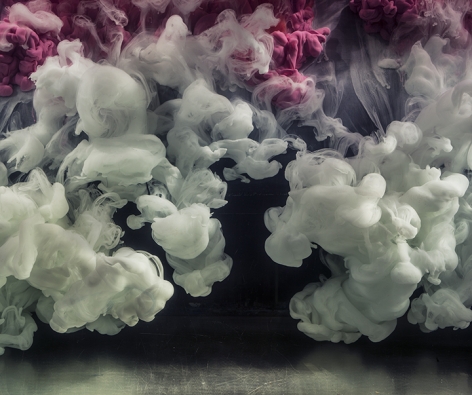 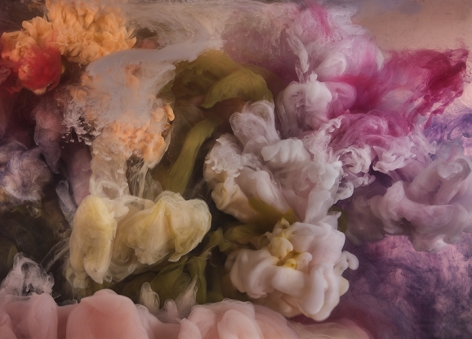 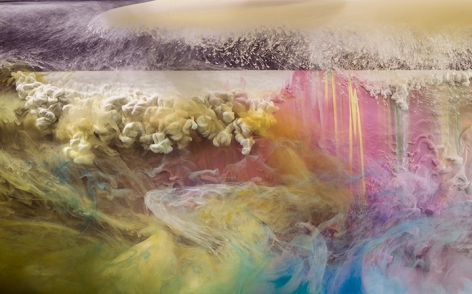 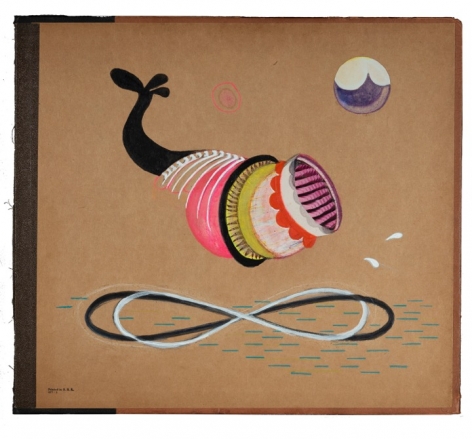 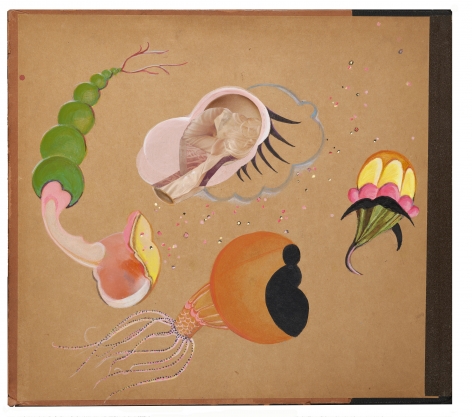 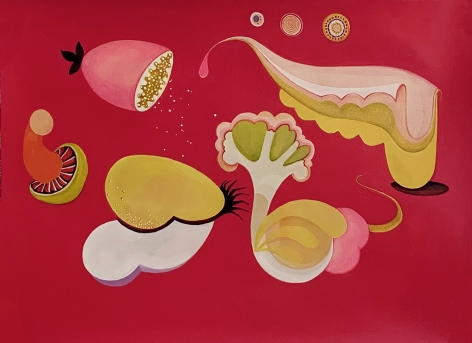 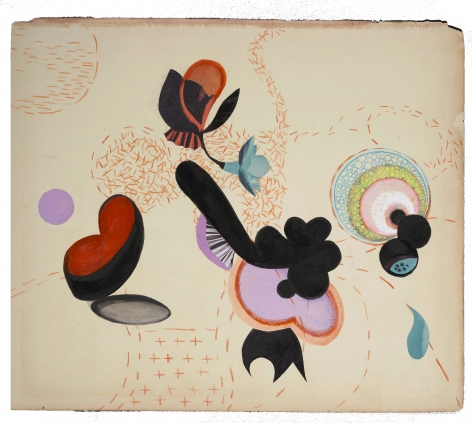 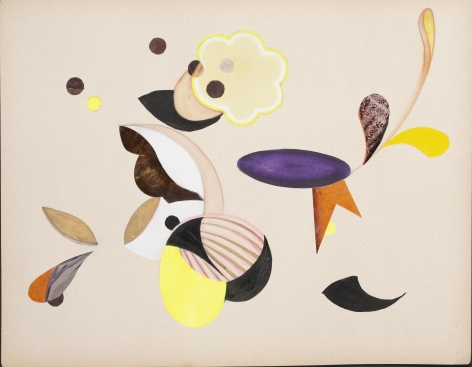 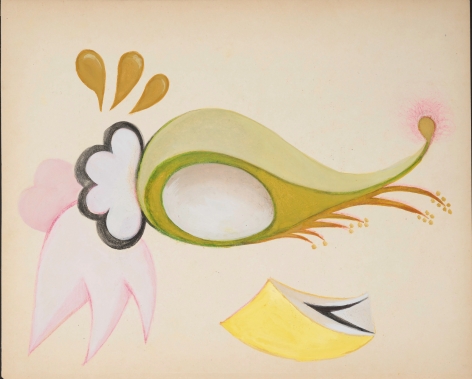 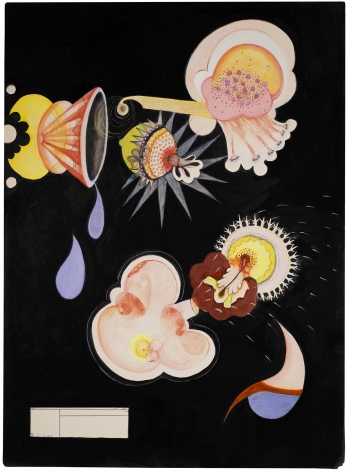 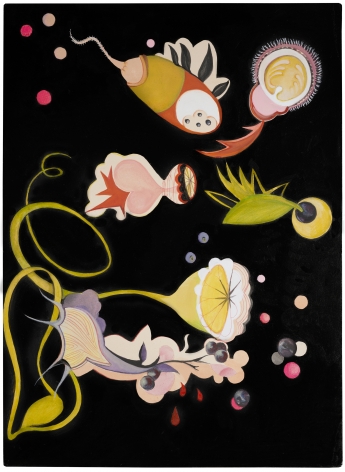 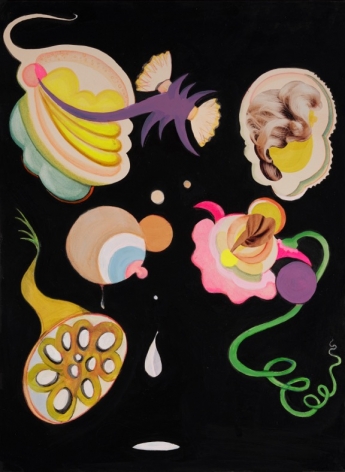 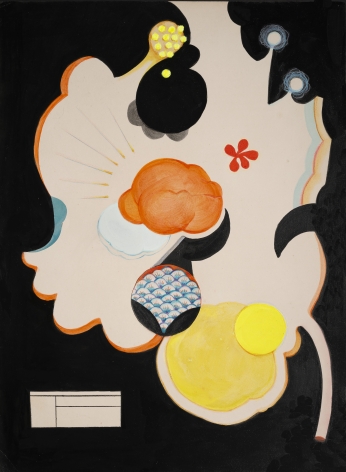 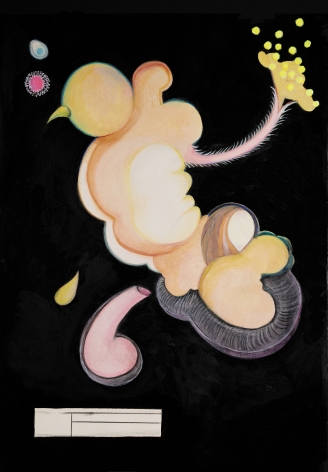 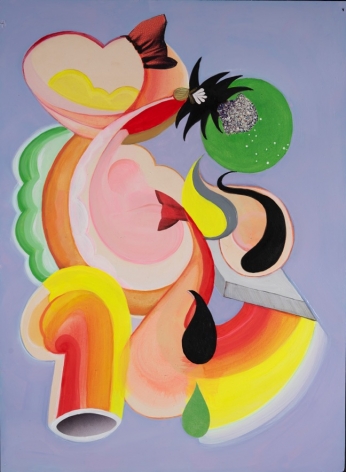 Opening on Saturday, May 4, Tillou Fine Art will present In Flux, an exhibition of ethereal new works by gallery artists Kim Keever and Edwina White. The works in the exhibition are united by an energetic, otherworldly quality. Keever’s photographs, which sit at the intersection of photography and painting, realism and abstraction, share a synergy with White’s brand new series of paintings, which envision delicately realized, esoteric forms in a curious, cosmic field.

Kim Keever is well-known for creating strange and atmospheric photographic images by pouring paint into a 200-gallon water tank and then photographing the colors as they disperse and meld, creating images that evoke earthly clouds while also remaining abstract and alien.  The works are mysterious and ephemeral, creating a nuanced and dreamlike space that bridges the real and surreal.

Edwina White’s new abstract works mark an exciting development in her practice. Well-known for illustrating whimsical figures while toying with the surreal, i.e. a woman made of birds in flight, this new series embraces the unsettling resemblance of life forms. The works catapult fully into the realm of the imagination, manifesting amalgams of fictional objects and natural elements, as if exquisite corpses are floating in outer space. These are secretive yet bold works, hinting at the unknown and of a visceral experience that cannot be directly translated.

In Flux presents Keever and White’s new works in dialogue with one another, exposing both artists ideas of an invented world, provoked by the subconscious. Each an exciting pulse of color, mystery, and majesty, In Flux invites viewers to explore both bodies of work, and to contemplate their own inner universe.